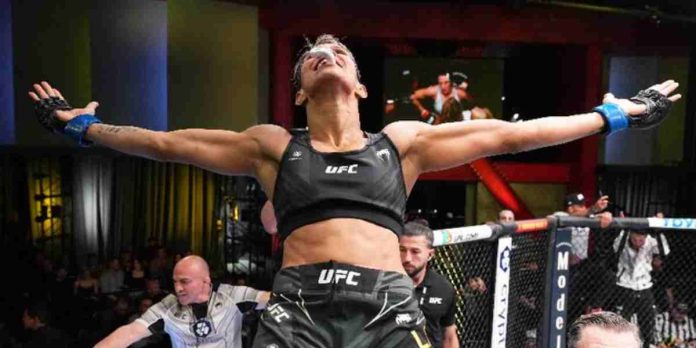 UFC Vegas 64 went down on Saturday night at the UFC APEX in Las Vegas. In the main event, Amanda Lemos improved to two wins in a row with a dominant display against Marina Rodriguez, stopping her in the third round.

In the co-main event, Neil Magny returned to winning ways with a third round submission win over Daniel Rodriguez in a highly-entertaining contest. Elsewhere on the UFC Vegas 64 main card, Shayilan Nuerdanbieke improved to three wins in a row with a first round stoppage win against Darick Minner, Tagir Ulanbekov returned to winning ways with a first round submission win over Nate Maness and Grant Dawson continued his undefeated run in the UFC by submitting Mark Madsen in the third round.