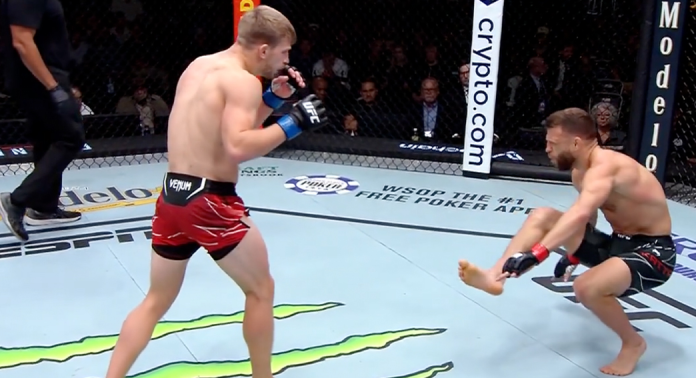 UFC Vegas 63 went down this Saturday night at the UFC APEX in Las Vegas. In the main event, Arnold Allen secured his tenth straight win in the UFC by earning a second round stoppage win over Calvin Kattar, who couldn’t continue due to a knee injury. A TKO by injury was definitely not how the Brit wanted to win, especially considering that he was piecing up ‘The Boston Bomber’ in the first round and looked fantastic, but a win is a win and he is now hoping for an interim featherweight title shot next, with champ Alex Volkanovski expected to make a move up to lightweight to face Islam Makhachev.