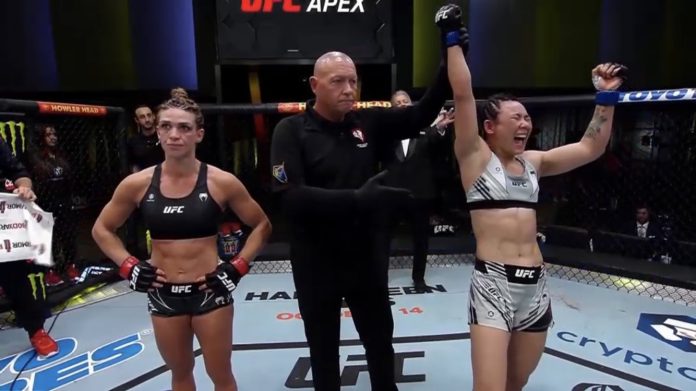 UFC Vegas 61 went down Saturday night at the UFC APEX in Las Vegas. In the main event, Yan Xiaonan returned to winning ways with a majority decision win against Mackenzie Dern. ‘Fury’ had the better of the striking exchanges as expected, but was also able to hold her own on the ground against the submission specialist, who succeeded in taking her opponent down in almost every round, but failed to make it count.

In the co-main event, Randy Brown improved to four wins in a row by scoring a unanimous decision win over Francisco Trinaldo. Elsewhere on the UFC Vegas 61 main card, Raoni Barcelos snapped a two-fight losing streak by beating Trevin Jones, Sodiq Yusuff ruined Don Shainis’ UFC debut by submitting him in only 30 seconds and Mike Davis improved his winning run to three wins in a row by earning a unanimous decision win over Viacheslav Borshchev.