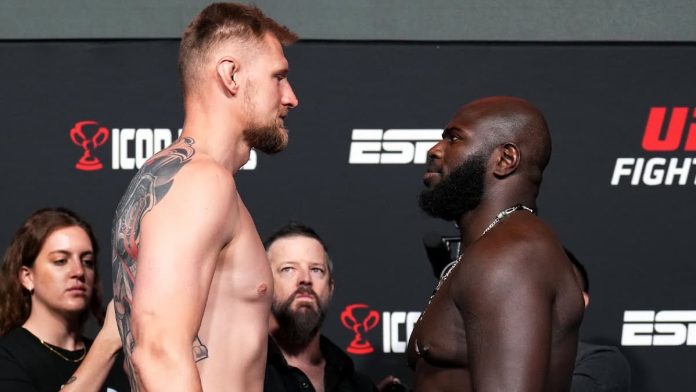 UFC Vegas 56 went down on Saturday afternoon at the UFC APEX in Las Vegas. In the main event, Alexander Volkov returned to the win column by stopping Jairzinho Rozenstruik in the first round. In the co-main event, Movsar Evloev improved to 16-0 with a dominant unanimous decision victory over Dan Ige. The Russian called for a fight against Arnold Allen in his post-fight Octagon interview.

Elsewhere on the UFC Vegas 56 main card, Lucas Almeida kicked off his UFC career in a spectacular fashion by finishing Michael Trizano in the third round, Karine Silva also made a successful start to her UFC career by submitting Poliana Botelho in the first round, Ode Osbourne scored his second straight victory by knocking out Zarrukh Adashev in 61 seconds, and Alonzo Menifield mauled Askar Mozharov to score a first round stoppage win.