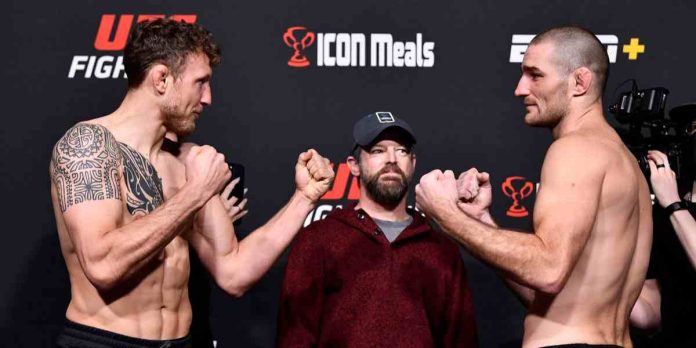 UFC Vegas 47 went down on Saturday night at the UFC APEX in Las Vegas. In the main event, Sean Strickland completely neutralised Jack Hermansson to earn a split decision victory, although it should have been unanimous. Nonetheless, ‘Tarzan’ improved his winning streak to six in a row and should be looking at a top five middleweight contender next. In the co-main event, Nick Maximov maintained his perfect record by earning a split decision win over Punahele Soriano.

Elsewhere on the UFC Vegas 47 main card, Shavkat Rakhmonov continued his uber impressive run in the promotion by knocking out a dangerous opponent in Carlston Harris in the first round, Brendan Allen returned to winning ways with a second round submission win against Sam Alvey, Bryan Battle improved his UFC run to two wins in a row by beating fellow TUF 29 alumni Tresean Gore by unanimous decision, and Julian Erosa improved to two wins in a row with a split decision victory over Steven Peterson.