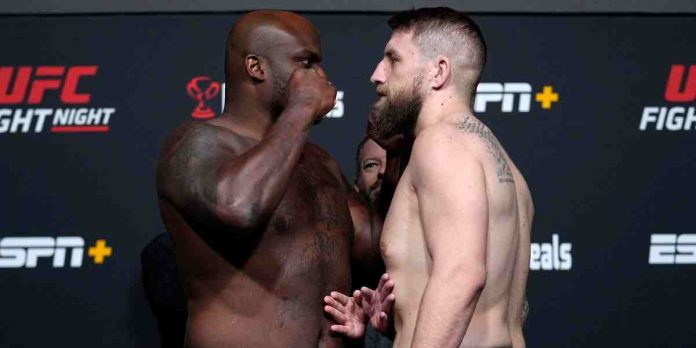 UFC Vegas 45 went down on Saturday night at the UFC APEX in Las Vegas. In the main event, Derrick Lewis returned to winning ways with a huge knockout win against Chris Daukaus in the first round. ‘The Black Beast’ now holds the record for the most knockouts in UFC history with 13. In the co-main event, Belal Muhammad scored the biggest win of his career by dominating former two-time welterweight title challenger Stephen Thompson to a comfortable unanimous decision win.

Elsewhere on the UFC Vegas 45 main card, Amanda Lemos improved her winning streak to five in a row with a split decision victory against Angela Hill, Ricky Simon finished Raphael Assuncao in the second round to improve to four wins a row, Mateusz Gamrot continued to impress with a second round TKO win against Carlos Diego Ferreira and Cub Swanson returned to winning ways with a first round finish of Darren Elkins.