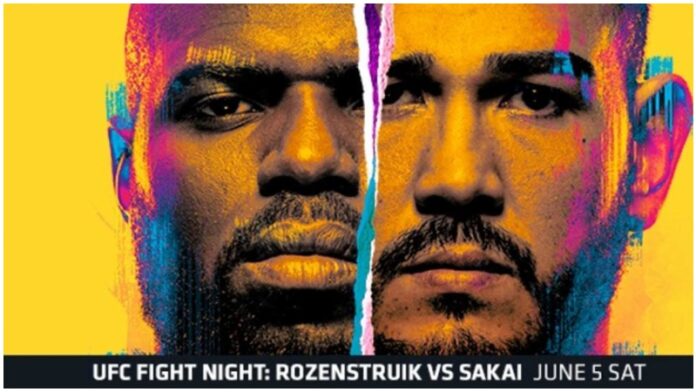 UFC Vegas 28 went down on Saturday night at the UFC APEX in Las Vegas. In the main event, Jairzinho Rozenstruik finished Augusto Sakai in the last second of the first round to get back to winning ways.

Heavyweights also threw down in the co-main event, where Marcin Tybura recovered from an early onslaught to finish Walt Harris at the end of the first round.

Alan Patrick vs. Mason Jones – No-contest due to an accidental eye poke