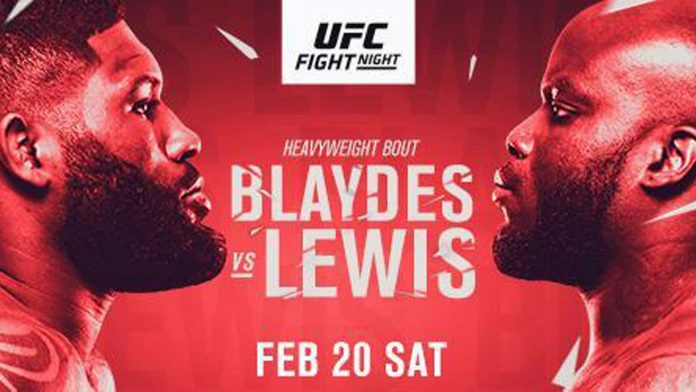 UFC Vegas 19 went down on Saturday night in the APEX Center in Las Vegas. In the main event, Derrick Lewis put the heavyweight division on notice by knocking Curtis Blaydes out cold in the second round. The co-main event saw Yana Kunitskaya battle to a hard fought victory over Ketlen Vieira in their top ten bantamweight contest.

Elsewhere on the UFC Vegas 19 card, Darrick Minner dominated Charles Rosa for three rounds, Chris Daukaus made quick work of Aleksei Oleinik, Phil Hawes edged out Nassourdine Imavov to a majority decision, and Tom Aspinall impressed once again by tapping out former champion Andrei Arlovski in the second round.

Chas Skelly vs. Jamall Emmers – Cancelled after Emmers suffered from back spasms backstage, while Skelly was already inside the Octagon.