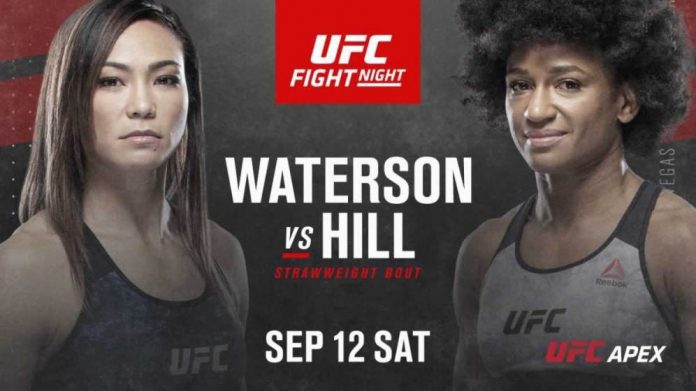 UFC Vegas 10 went down on Saturday night at the APEX Center in Las Vegas, Nevada. In the main event, Michelle Waterson edged a split decision against Angela Hill, after 25 minutes of non-stop action.

In contrast, the co-main event only lasted 93 seconds, with Ottman Azaitar scoring a quick-fire TKO win over Khama Worthy, and extend his unbeaten record in MMA to 13-0. Elsewhere on the UFC Vegas 10 main card, Roxanne Modafferi beat Andrea Lee via unanimous decision and Ed Herman won controversially against Mike Rodriguez, after the referee mistakingly called a legal shot a low blow.