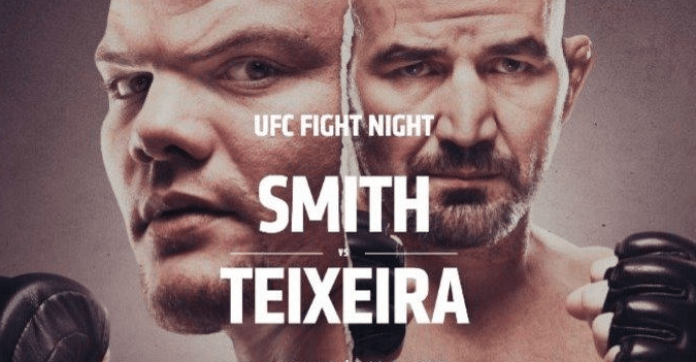 UFC Jacksonville went down on Wednesday night inside an empty VyStar Veterans Memorial Arena in Jacksonville, Florida. The second of three cards in eight days in ‘The Sunny State’, the main event saw Anthony Smith and Glover Teixeira face off in a fun matchup between the two former light heavyweight title challenges. Both came up short against Jon Jones, both via unanimous decision.

Karl Roberson vs Marvin Vettori was removed from the card. After ‘K Baby’ missed weight by 1.5lbs, he was hospitalised for ‘medical issues’. Despite the fight being cancelled, the two got into a heated exchange at the fighter’s hotel.

* Cancelled on fight day after Roberson was hospitalised for ‘medical issues’