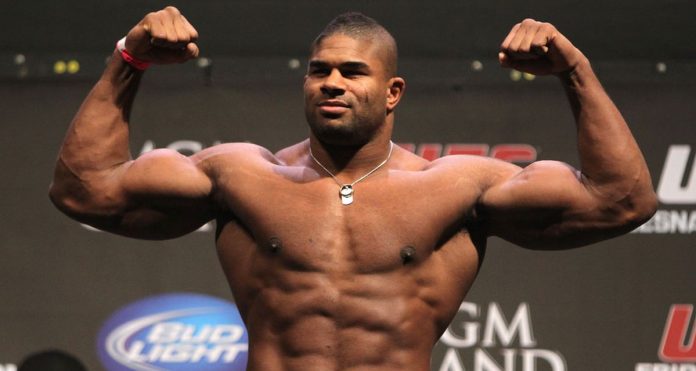 With the third major UFC event in seven days on the horizon, we dive into the three biggest match-ups on the UFC Florida main card. In contrast with recent events, there are no key favourites or underdogs as of yet, with the odds looking fairly even across the board.

However, there are still some key opportunities to make a profit. Let’s start with the main event first.

‘The Big Ticket’ is on a two fight winning streak and in his last outing, he dispatched the submission specialist Aleksi Oleinik with a devastating first round knockout. The former golden gloves champion and two-time Performance of the Night winner hasn’t competed since the tragic death of his step-daughter Aniah Blanchard, at the end of last year.

Prior to his heart breaking hiatus, Harris was making a resurgence in the promotion’s heaviest division and has finished three of his last four opponents.

Standing in the way of his emotional return is MMA veteran and K-1 Grand Prix champion, Overeem. The Team Elevation fighter looked to be making a comeback with two straight wins last year but ran into the devastating power striking of Jairzinho Rosenstruik, who scored a spectacular last second knockout at UFC Washington. Aged 39, Overeem has now lost three of his last five, yet he still remains one of the division’s most accomplished strikers.

Despite Alistair’s impressive resume, Harris possesses an intense killer instinct and has demonstrated some terrifying ground and pound from the guard in recent years.

With both men coming from an accomplished background, the bookies have played it safe here but it wouldn’t be a stretch to predict a Walt Harris KO/ TKO victory. Overeem is entering the twilight years of his career, while an emotional Harris will be looking to put on a show for the fans and get the win over a big name fighter.

Our Prediction: Harris via KO/TKO

Gadelha has been marked out as the favourite in this contest, presumably due to her extensive UFC experience and previous title shots. The Brazilian Jiu Jitsu black belt has won two of her last four but appeared to struggle with high level strikers such as Jessica Andrade and Randa Markos.

Hill, on the other hand, is on a three fight winning streak. Her Muay Thai style and dynamic range of attacks have caused significant problems for all of her recent opponents. Incredibly, this will be her seventh fight in 421 days.

The fight with Gadelha will be Hill’s biggest step up in competition to date. However, if ‘Overkill’ can avoid the Brazilian’s world class ground game, then this could be one of the biggest upsets on Saturday night’s card.

Our Prediction: Hill via Decision

Barboza (20-8-0) is a slight favourite going into this one, yet the former lightweight stand-out has fallen on hard times recently. Despite losing four of his last five bouts, we need to consider that the fighters who beat him were all elite names, such as Khabib Nurmagomedov and Justin Geathje.

With a shot at the 155lb belt out of the question, the Brazilian veteran has opted for a move down to featherweight in a bid to reignite his career. Barboza has spoken extensively about this move and appears as driven as ever following a variety of changes in his camp. Welcoming him to the lighter division will be Hawaii’s Dan Ige (13-2).

Ige entered the promotion through a slot on Dana White’s Contender Series in 2017. The AKA prospect came up short in his first spot under the bright lights of the Octagon but has since gone on to win five in a row.

Barboza definitely holds the experience advantage, yet he has absorbed some considerable damage during his latest outings, which has the potential to cause him issues as the fight goes on. The younger fresher Ige could become a serious contender with a win over Barboza and a fast paced fight could seal the deal for him in Florida.

Our Prediction: Ige via KO/ TKO

Odds For All Other UFC Florida Bouts: