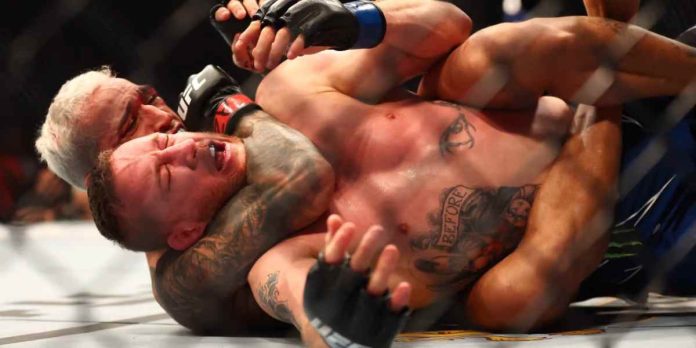 Justin Gaethje believes that he should have controlled his emotions in his lightweight title fight against Charles Oliveira at UFC 274.

Since Oliveira missed weight by half a pound, only Gaethje was eligible to win the 155 pound title, but his second bid to capture UFC gold failed when the Brazilian submitted him in the first round in a highly exciting back-and-forth contest. The fight that lasted a little over three minutes, took place in the American’s home state of Arizona.

Speaking ahead of the UFC Hall of Fame induction ceremony (as transcribed by MMA Fighting), Gaethje said that he regrets not controlling the emotional high he was riding while competing in front of his home crowd, but he isn’t losing any sleep over the loss.

“It’s a crazy game we play,” Gaethje said. “It’s the reason I love it. It’s a game of inches, and at the end of the day, being at home in front of my crowd, sometimes you lose control of your emotions. I’m not exactly sure what happened. I had the time of my life, but it’s a crazy game we play. I haven’t lost one night’s sleep over it because ultimately I can only control my preparation. I do regret not controlling my emotions entirely, but we play a fun game. It’s an emotional game. It’s damn near impossible.”

Gaethje also confirmed that he will undergo nose surgery later this month, which will keep him out of action for a month or more. Oliveira on the other hand is rumoured to face Islam Makhachev for the vacant title at UFC 281 in Abu Dhabi.

Who do you think Justin Gaethje should fight next?