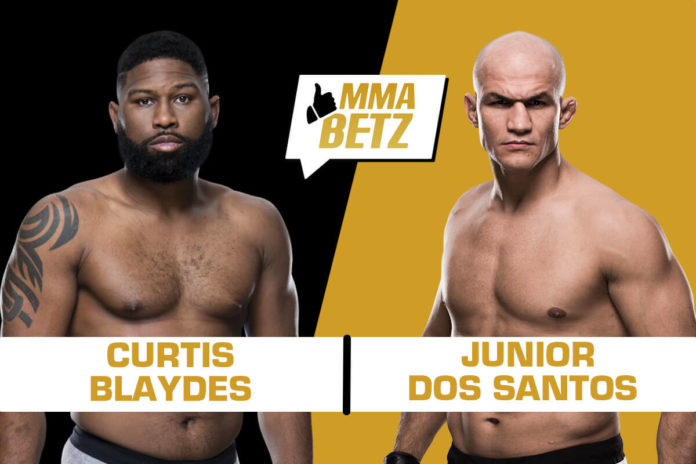 We have a great night of fights to look forward to this Saturday on ESPN+, as the No. 3 UFC ranked heavyweight Curtis Blaydes faces the No. 4 UFC ranked heavyweight Junior dos Santos in the five round main event. This is a classic striker versus grappler match up, as Blaydes is the most prolific takedown artist in UFC heavyweight history already, and dos Santos is one of the best boxers in the entire sport, with a few good kicks in his arsenal as well.

We also have a great welterweight match up in the co-main event, as former lightweights battle it out for a higher spot in the rankings. Dos Anjos is the former UFC Lightweight Champion, and Chiesa won The Ultimate Fighter 15, going 4-0 on the show before submitting Al Iaquinta in the finals.

Arnold Allen was also originally scheduled to face Josh Emmett, however, Emmett was forced out of the bout, and was replaced by Nik Lentz. It’s not the incredible ranking-defying fight it was supposed to be, but Lentz is no walk in the park, he’s a great fighter that’s been putting in work and improving for many years now. Don’t miss this great night of fights in Raleigh, North Carolina! Fight Card posted below: