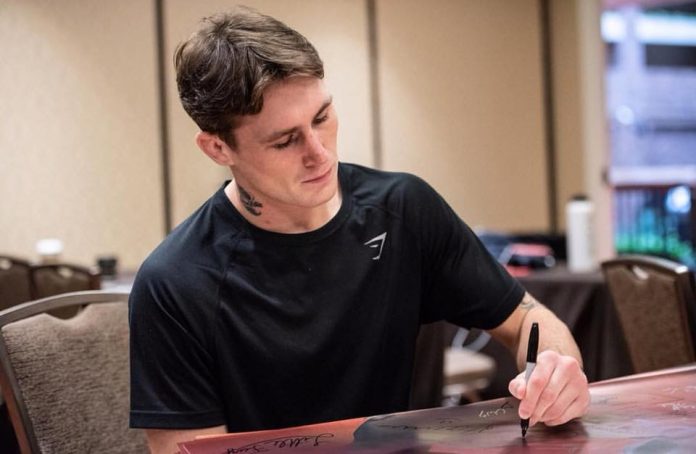 Darren Till isn’t going to pretend that wrestling is his best weapon but that doesn’t mean he can’t stuff a takedown. While the main event at UFC 228 can play out a million different ways,

The #UFC228 main event is official ! Both Tyron Woodley & Darren Till made weight (?UFC) pic.twitter.com/HuvEieki5N

It's happening!! #UFCLiverpool is official for May 27!

Melted that soy boy and made the welterweight division great again! Next stop for this gold belt, 1600 Pennsylvania Ave. with President @realDonaldTrump! #ufc225 #nerdbash2018 #maga pic.twitter.com/QFPK3dMbDr

.@POTUS @realDonaldTrump and @UFC’s @DanaWhite in the Oval Office earlier today at the @WhiteHouse…. pic.twitter.com/JC9jPsn4zm