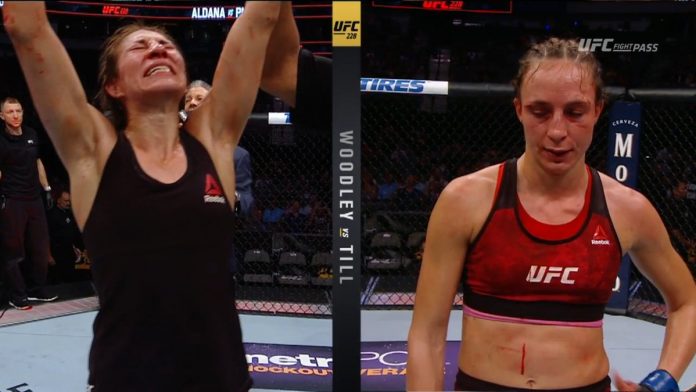 The first of three women bouts of the evening was a bantamweight battle between Irene Aldana and Lucie Pudilova.  The bout was shown on UFC Fight Pass and was the second bout of the evening.

RT if we've already got the FOTN! #UFC228 pic.twitter.com/OyRAARTQqf