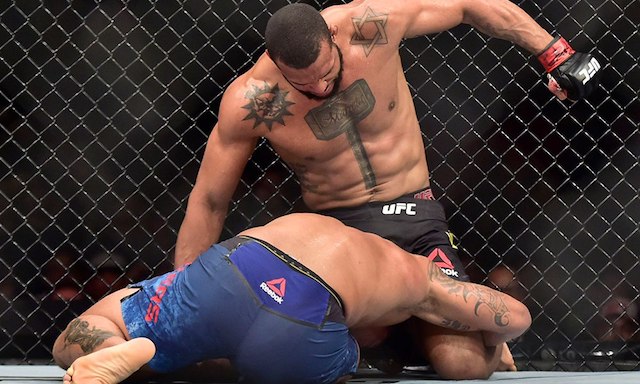 In one of the most surprising matchmaking on the UFC Sao Paulo card, long time veteran, Charles Oliveria faced off against the returning Christos Giagos on the headlining Fox Sports 2 prelim bout.

Make History, Charles Oliveira!@CharlesDoBronxs gets another submission win, which gives him the most submission wins in UFC history! pic.twitter.com/S5DMZ9Q1MD

Leites exits the Octagon T-3 in wins in MW history with 13.