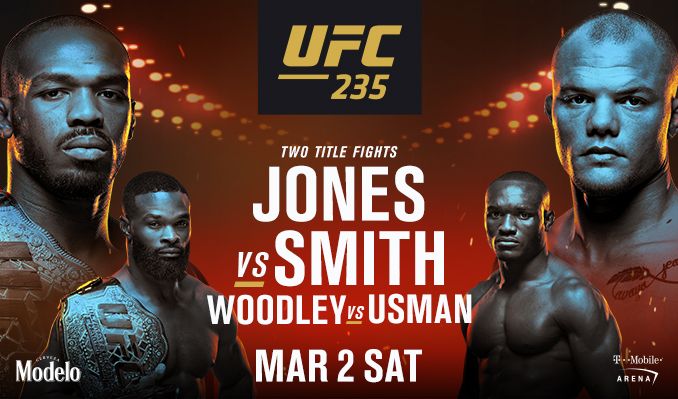 This Saturday, March 2, we have one of the most stacked cards the year will produce. With two vacant title fights, Jon Jones will defend his belt against Anthony Smith, and Kamaru Usman will attempt to dethrone Tyron Woodley. Also we have a feature fight between former UFC Welterweight Champion Robbie Lawler and former Bellator and ONE FC Welterweight Champion Ben Askren. Also on the card we have Jeremy Stephens and Cody Garbrandt coming back after their losses, Pedro Munhoz and Zabit Magomedsharipov try to keep their win streaks alive, and we have a quick turnaround for Johnny Walker, who fills in for OSP and takes on Misha Cirkunov. We have the early prelims on Fight Pass and the main prelims on ESPN, leading up to the PPV. Fight card and start times posted below: