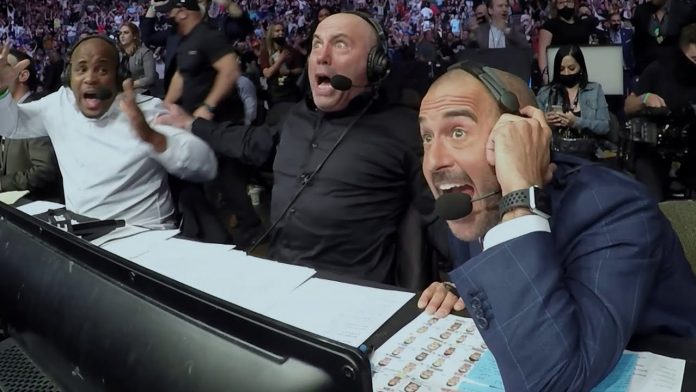 Jon Anik has commentated on some of the most thrilling moments in the UFC in recent times, and says there are two particular fights that stand out for him.

Speaking to MMA Junkie, Anik opened up on the fights he’s asked about the most by fans, and the performances which left him the most astonished.

“I think the one that I hear the most from fans about is probably Francis Ngannou and Alistair Overeem, and maybe that’s just a little bit of a recency thing because Francis went on to win the title and that got repurposed a lot,” Anik said. “But I feel like for me, Daniel [Cormier] and Joe [Rogan], to a man when we’re asked about the broadcast booth and special moments or calls, it’s ‘Thug’ Rose Namajunas times two.

“Like, I don’t even remember what we said, but as she is doing what she did to Zhang Weili – I’m not thinking about what she did to Joanna Jedrzejczyk at Madison Square Garden. But in terms of the top five times I’ve been most surprised, astonished, left speechless in that broadcast booth, top five of all time, two of those five are ‘Thug’ Rose Namajunas. So I’ve got to lead the dance with that.”

Namajunas shocked the world by finishing an undefeated Jedrzejczyk at UFC 217 in 2017 to win the strawweight title for the first time. She made a successful title defence in her rematch with her arch-rival, beating her by unanimous decision.

‘Thug’ Rose lost the title to Jessica Andrade at UFC 237 in 2019, but reclaimed it with a monumental first-round head kick knockout of Zhang at UFC 261 in April.

Which UFC moments left you speechless?