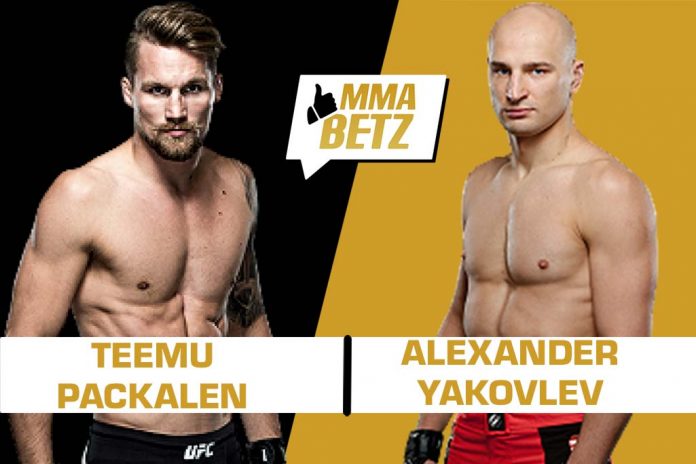 MMABetz’s sources have brought us some exclusive UFC news. According to sources close to us a matchup between Teemu Packalen and Alexander Yakovlev is a “done deal” for the UFC’s upcoming return to Russia in April 2019 for UFC Fight Night St. Petersburg. The fight will be in the lightweight division.

When and where is UFC Fight Night St. Petersburg?

The event is set to take place from the brand new Gazprom Arena on April 20, 2019. The stadium can hold up to a capacity of 67,000 fans. If the show sells out, then it will be among the highest attended in UFC history. It will be the UFC’s second card in Russia after their debut in the country back in September 2018, for a card headlined by Mark Hunt and hometown star, Alexey Oleinik. 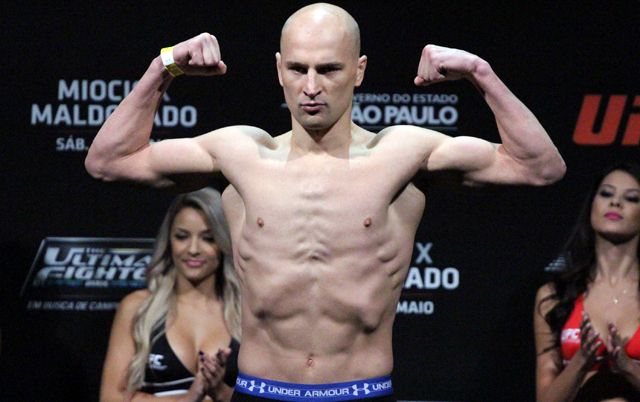 Who is the hometown star?

Alexander Yakovlev (23-8), nicknamed “Thunder of the North” from Russia is a native of St. Petersburg and is fighting out of his hometown. He has fought six times inside the Octagon but has lost four of them. He is currently on a two fight losing streak and will hope to get back to winning ways inside his home country. Normally a middleweight, Alexander Yakovlev is set to take on his new opponent in the lightweight division. 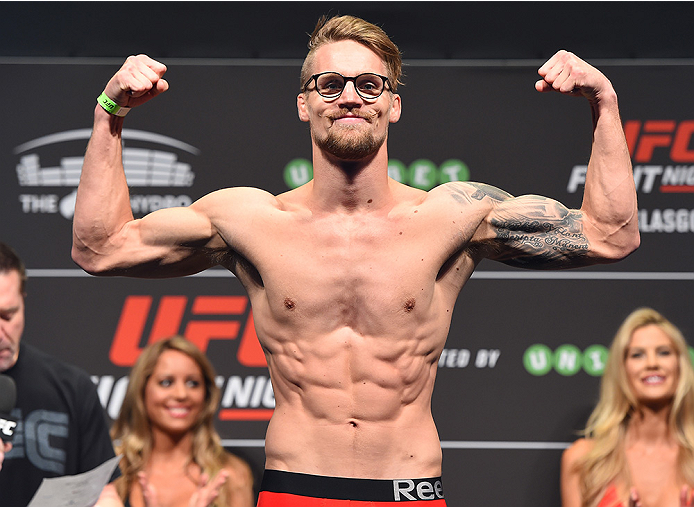 Teemu Packalén (8-2) is from Finland has actually been part of the UFC roster for four years and a big star in his home country. Fighting out ofFinnFighters’ Gym his record in the UFC is 1 win and 2 losses. His win came against the french MMA-fighter Thibault Gouti (12-5) in a fight that just lasted 24 seconds before Teemu could get a rear-naked choke win.
The most recent of which came two years ago at Fight Night 107 where he lost via Knockout in just 30 seconds against Marc Diakiese. Right now the Finn is in a training camp at Tristar Gym in Canada.

The UFC are expected to shortly confirm the Packalen and Yakovlev bout officially, as well as the planned headlining bout for the St. Petersburg card. It is being reported that a fight between Russian superstar, Alexander Volkov and Alistair Overeem could well serve as the event’s headliner. Belarussian, former UFC Heavyweight Champion, Andrei Arlovski is also expected to be be a part of the show and may well compete in a featured bout.

Stay tuned to MMABetz.com for further breaking news from our exclusive sources.