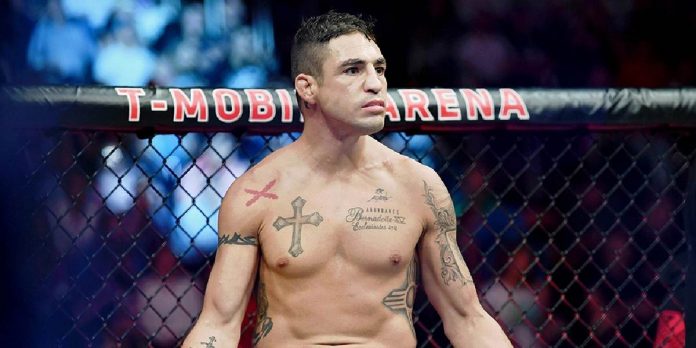 Sanchez was released by the UFC ahead of his fight with ‘Cowboy’ Cerrone in May after he failed to certify that he was medically fit to compete. ‘The Nightmare’ later sent the social media into a frenzy after he, along with his former coach Joshua Fabia, accused the UFC officials of malpractice.

The former UFC title challenger went as far as saying that the UFC might try to kill him after his relationship with the promotion turned sour. Dana White categorically rejected the allegations, saying that he wishes nothing but the best for the TUF season 1 middleweight tournament winner. Sanchez has since parted ways with Fabia, and is looking forward to the next chapter of his illustrious career.

‘We’re Having Some Great Talks’

Speaking to MMA Junkie, Feldman said that the promotion is in contact with Sanchez over a likely crossover to the world of bare knuckle fighting.

“Yeah we’re having some great talks,” Feldman said. “I think we’re going to close something out pretty soon. He’s a good guy. I think he can offer a lot to us. I don’t think he’s done. We’ll absolutely go through every type of medical protocols that there are just because of the history he had with the guy (Joshua Fabia) that he was with. I want to make sure that everything’s on the up and up with him, and I have a really good hunch and a feeling that they are.

“So once we get through that, I think we can get to a contract and get something going. It’ll be great to have that legend, Diego Sanchez, fighting another legend inside the squared circle, which as soon as Diego signs, and I can announce the matchup that I have, people are going to be like, ‘What the hell is going on here?’

“I got one that’s not on the roster that people are also going to go ‘What the hell?’. And I got another one that’s on the roster that people are 100 percent going to be like, ‘I can’t believe this. This doesn’t make any sense,’ but he actually, he asked for it. Until I get the contract done, I don’t want to tease, tease, tease. I hate doing that to you, man, but, you know.”

Would you like to see Diego Sanchez pursue bare knuckle fighting?