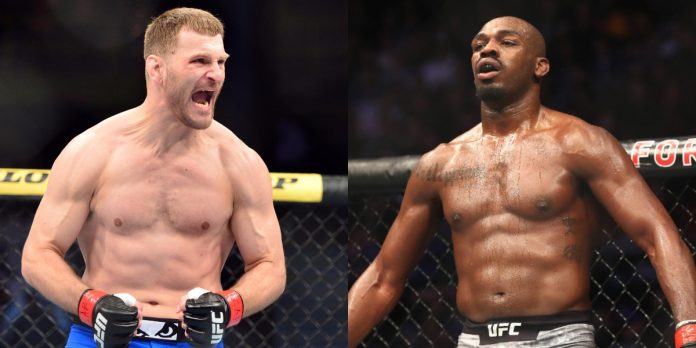 Jones vacated his light heavyweight title last August for a stint at heavyweight, but he’s yet to make a move, despite receiving multiple offers in the past few months. Taking to social media, however, Jones hinted at a championship run in 2022.

Speaking on The Nelk Boys’ Full Send podcast (as transcribed by BJPenn.com), Dana said that Miocic has agreed to fight Jones, who has the ball in his court now.

“Me and Jones have had that type of relationship his whole career. When he’s ready to fight we are ready to go. He’s talking about fighting at heavyweight,” Dana said. “But, in the heavyweight division right now we are going back to Houston, Derrick Lewis is taking on Ciryl Gane and whoever wins that fight will fight Francis Ngannou. Whoever wins that fight, if Jon Jones wants to come back he can fight one of them. Or, he can fight Stipe Miocic. Stipe has accepted that fight and will take that fight.”

Dana did confirm, however, that Jones won’t be fighting until next year.

“He’s not fighting until next year,” Dana said.

The UFC heavyweight division is in a very intriguing spot right now. At UFC 265 this weekend, former title challenger Derrick Lewis will take on rising star Ciryl Gane for the interim heavyweight title, and as Dana White previously stated, the winner will go on to unify the titles with Ngannou.

If Jones doesn’t want to sit around and wait for a title shot, which he’s also guaranteed, a fight with Miocic makes perfect sense.

Who do you think wins a potential super fight between Stipe Miocic and Jon Jones? 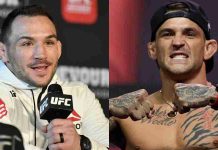