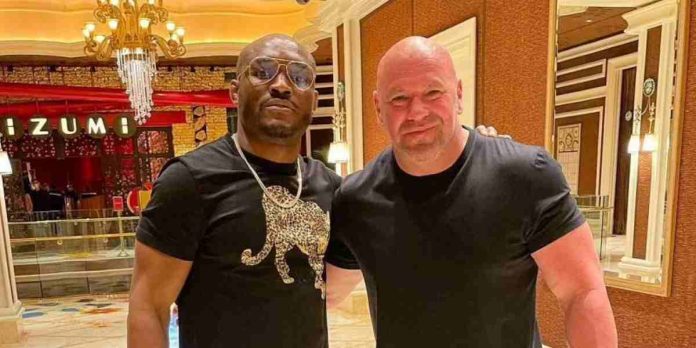 Dana White has revealed what Kamaru Usman told him after his devastating knockout loss at the hands of Leon Edwards at UFC 278.

Usman was only a minute away from tieing Anderson Silva’s record for the most consecutive UFC victories when he was knocked out by Edwards’ perfectly timed head kick 56 seconds before the end of the fifth and final round. The Nigerian took to social media hours after the fight to congratulate the newly crowned welterweight champion, adding that he’ll make a strong comeback.

Judging by his social media posts, Usman looks in great spirits and Dana confirmed it while speaking to the media during Tuesday’s Dana White Contender Series (as transcribed by MMA Junkie). The UFC president revealed that ‘The Nigerian Nightmare’ is looking forward to the rematch.

“We talked. He’s in great spirits,” Dana said. “Obviously he wants the rematch bad, but he said, ‘I can’t tell you the weight that’s been lifted off me.’ There’s a lot of pressure that goes along with the run that he was on and tying and breaking Anderson’s record. All that stuff, there’s a lot of pressure. So, he’s looking forward to the rematch.”

When asked about Edwards, Dana said that his whole life is about to change but he’s ready for it.

“He’s down. He’s ready to defend,” Dana said. “He’s ready to take on whatever it is. He’s going on a whirlwind media tour when he goes home. A lot of stuff changes when you get that belt, so his whole world is about to change in the next few weeks, but he’s ready for it.”

Who do you think would win a potential trilogy between Leon Edwards and Kamaru Usman?