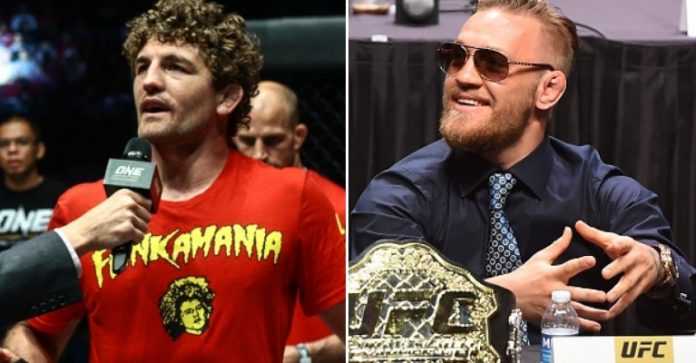 Conor McGregor had a rather bizarre response to the UFC’s newest welterweight trash talker Ben Askren. Asken was engaged in a dialogue with fellow grappler Chael Sonnen earlier today on social media.

Which makes you wonder, just how good is Conor McGregor..?

Thank you Chael. I was very happy to see Max return healthy and sharp in there the other night. Great win. https://t.co/O9e2lMSD8Q

Was much better before every tweet was about Proper 12 and he actually liked to train. https://t.co/0qdgdXvD8x

But it’s so tasty it makes me rub my belly and go yum yum.
And sometimes nom nom too. https://t.co/zlFufbDHVA