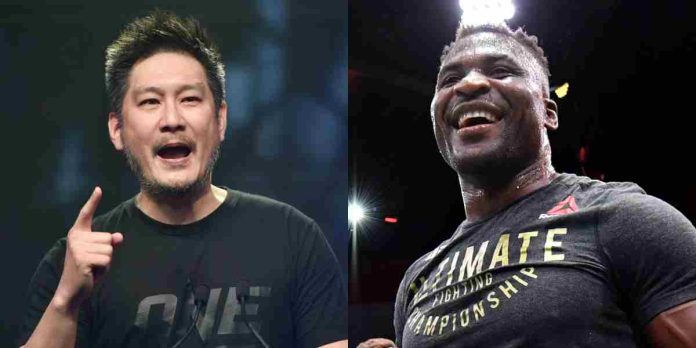 During the past few years, ONE has added several exciting heavyweights to their roster, most notably Arjan Bhullar, who defeated Brandon Vera to win the heavyweight title in only his second fight in the promotion at ONE: Dangal, and Anatoly Malykhin, who recently captured the interim title by knocking out Kirill Grishenko at ONE: Bad Blood in February.

Last year, Sityodtong said that the UFC had more talent in the light heavyweight and heavyweight divisions compared to his promotion, but that doesn’t seem to be the case anymore. Speaking to the media after ONE: X (as transcribed by SCMP), Chatri said that with his recent signings, ONE’s heavyweight division is as good as the UFC’s.

“We have a few other signings in the heavyweight division we haven’t announced yet that are just killers,” Sityodtong said. “So I think this year, the last several months especially, we have truly arrived in terms of our heavyweight division being neck and neck with the UFC’s.”

Sityodtong went as far as saying that he believes ONE’s heavyweight titleholders, Bhullar and Malykhin, would smoke Ngannou.

“I like Francis Ngannou but I think our heavyweights would smoke him,” Sityodtong said. “He’s just not a complete fighter. For sure, if you ask any expert martial artist, you look at Anatoly Malykhin – Russian national pedigree wrestler, dynamite in his hands. Much faster than Francis, much better ground game, black-belt level. He was also a submission champion in Europe. You look at Arjan Bhullar, wrestling, boxing. Francis is not very impressive on the ground. He’s got big, looping punches, he’s not as technical of a boxer as Anatoly or even Arjan.”

Do you agree with Chatri Sityodtong?