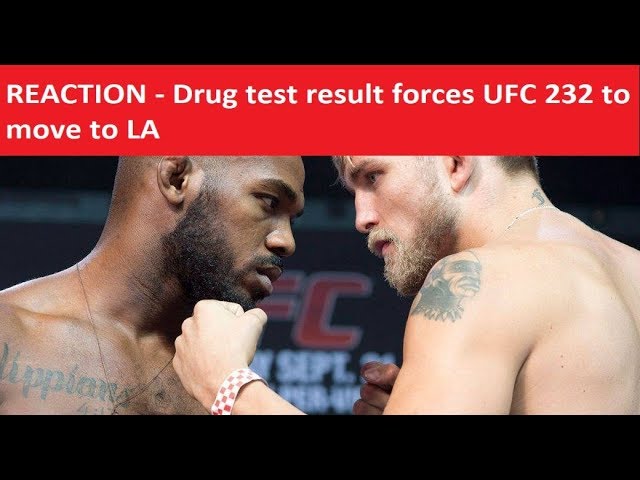 Jon Jones is at the center of another controversy after a USADA urine test taken on December 6th turned up traces of oral turinabol, the same substance he popped positive for back in July of 2017. Now it has been decided that the fight will be moved to Los Angeles instead of Las Vegas.

Alexander Gustafsson, who is scheduled to fight Jon Jones in 6 days, has been in Las Vegas for a week and, according to sources, is on a four-hour helicopter ride right now around the Grand Canyon. If he doesn’t have cell reception there is a very good chance he doesn’t know.

I’m focused on achieving my ultimate goal of reclaiming my Light Heavyweight title.  I have willingly submitted to every USADA test in the lead up to this fight and USADA has confirmed what I've been saying all along, that I'm a clean athlete. I sincerely thank the California

17 picograms of ostarine got me 2 years.

Now we all understand why u didn’t take the Wada test! U can be on rocket fuel,, I’ll still gonna finish u Jon! #andnew #ufc232

#ICYMI just a short bit ago, #UFC232 is moving from LAS VEGAS to THE FORUM in INGLEWOOD, Calif. UFC President Dana White and Jeff Novitzky give a few details about an atypical Jon Jones drug test finding. https://t.co/Wt5a510CVG #JonesGustafsson2 pic.twitter.com/mZUPeUmFDJ