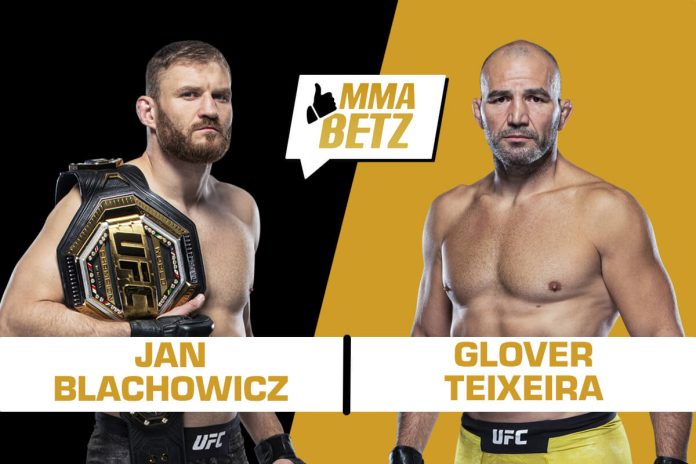 UFC 267 goes down this weekend at the Etihad Arena on Yas Island, Abu Dhabi. In the main event, light heavyweight champion Jan Blachowicz defends his title against Glover Teixeira.

Blachowicz and Teixeira are very well-matched in all departments. With his Muay Thai background, ‘The Prince of Cieszyn,‘ is a strong technical striker with powerful punches and kicks, but he has excellent grappling skills as well. Teixeira isn’t as polished on the feet as the champion, but has vicious knockout power in his hands, and is a terror on the mat, thanks to his BJJ skills. Blachowicz will also have a speed advantage on the night.

Blachowicz’s strength lies in his striking, so he will prefer to keep the fight standing, but Teixeira will try to take it to the ground. If he manages to do so, he will have a better chance of pulling off the upset. Blachowicz has a solid takedown defence, however, and he will be a hard man to deal with.

All in all, Blachowicz will avoid the grappling exchanges, and pick his shots on the feet to earn a knockout win on the night.

Who do you think will win the light heavyweight title fight between Jan Blachowicz and Glover Teixeira at UFC 267?