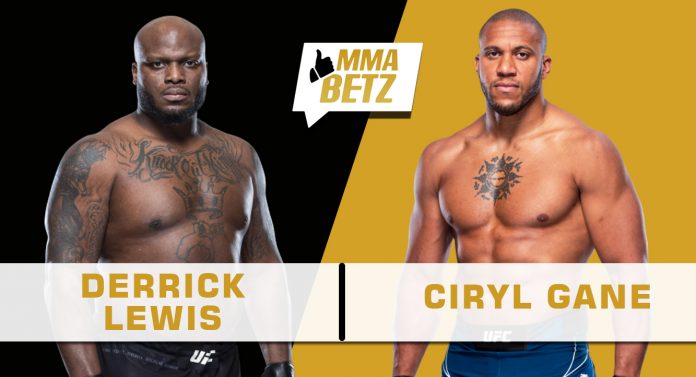 UFC 265 goes down this weekend at the Toyota Center in Houston, Texas. In the main event, hometown hero Derrick Lewis takes on Ciryl Gane for the interim heavyweight title.

Lewis was initially expected to challenge Francis Ngannou for the heavyweight crown, but ‘The Predator’ declined a fight in August as he needed more time to prepare for his first title defence after winning it only a few months ago at UFC 260.

Instead of waiting for Ngannou, the UFC took a different route and booked an interim title fight between former title challenger Lewis and Gane.

Lewis vs Gane is a very intriguing matchup. From a technical standpoint, the advantage lies with Gane. His low-risk, high-reward fighting style may not be popular among MMA fans, but it’s extremely effective as he keeps his opponents at bay with his jabs and push kicks, scoring heavily on the judges’ scorecards, while staying away from danger at all times.

His usual gameplan will work wonders against a flat-footed brawler like Lewis, who is a polar opposite and throws every punch with the intention of knocking his rivals out. ‘The Black Beast’ has defied the odds to earn massive KO wins in the past, and he can do it again at UFC 265.

Gane also has the edge in the grappling department as he’s got incredible takedown and submission skills, but Lewis showed an improved takedown defence against Curtis Blaydes.

The Frenchman will have to be very careful with his takedown attempts because Lewis throws heavy leather every time his opponents try to close the distance.

Lewis has proved us all wrong time and again, but Gane will do what he does best to get his hand raised at UFC 265.

Derrick Lewis or Ciryl Gane, who do you think wins the interim heavyweight title at UFC 265?