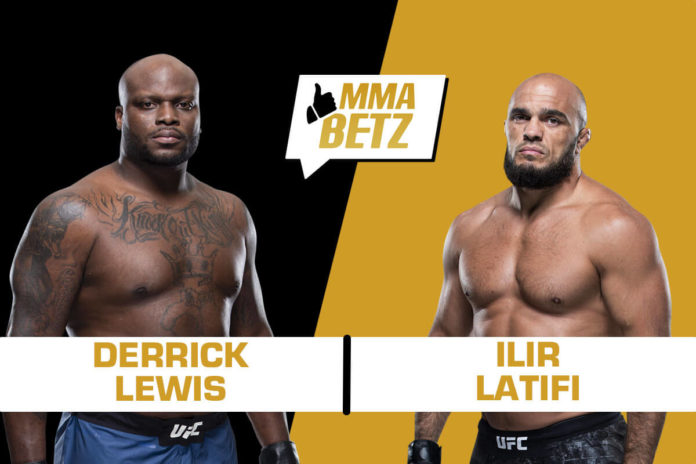 Kicking off UFC 247’s PPV card this weekend is a match up between Derrick Lewis and Ilir Latifi in Latifi’s heavyweight debut. After losing his last two, Latifi decided a move up in weight was necessary for his career. Lewis is 1-2 in his last three as well, being finished in his two defeats, and defeating Blagoy Ivanov via split decision in his last outing. Both of these men have some real power in both hands, especially ‘The Black Beast’. We’ll have to see Latifi at heavyweight before we can really gauge his power.

The odds for this bout have Lewis quite heavily in favor, with himself at -280, and Latifi at +185. This means you’d need to bet $280 on Lewis to win $100 with a win, and you’d need to bet $100 on Latifi to win $185 with a win. These are right around where they should be; considering Latifi is only 5’8”, many aren’t confident in his heavyweight venture.

That makes Latifi the shortest heavyweight in the UFC by three inches. However, Latifi is a very good wrestler, making it to the Swedish National level, as well as winning the 2003 ADCC European Championships. Lewis isn’t a ground fighter at all, he’s a knock-you-out-at-all-costs fighter. Lewis hasn’t ever been the best athlete, but he’s been working on that in the last year or so as well. Given his size and power, that could only help him in the long run.

This is a very interesting heavyweight debut for Ilir Latifi, it’ll be interesting to see how the No. 6 ranked Derrick Lewis responds to fighting a powerful wrestler that’s seven inches shorter than himself. Who will you be betting on?