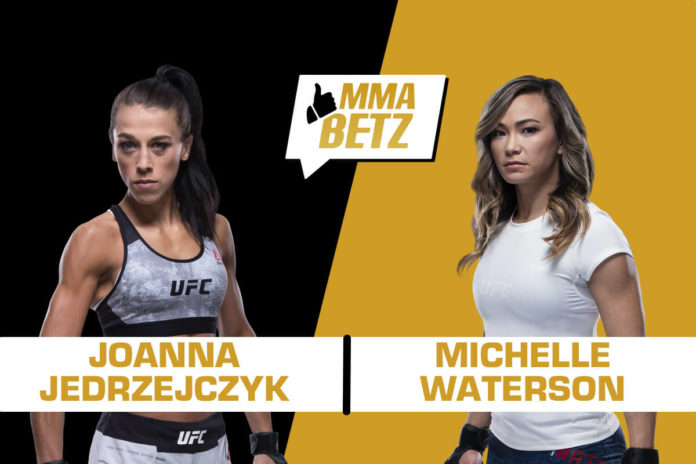 We have a great main event lined up for us tomorrow night at UFC Fight Night 161/UFC on ESPN+19, where former UFC Women’s Strawweight Champion Joanna Jedrzejczyk faces off against former Invicta FC Atomweight Champion Michelle Waterson in the five round main event. The odds for this bout have shifted a bit, as they always do, but this time for a different reason.

Within the past week, Jedrzejczyk and her team asked if Waterson would be willing to fight at a catchweight given the fact that they didn’t feel she was fit to make the strawweight limit of 116 lbs. However, Waterson and her team declined the offer, and as a result, Jedrzejczyk weighed in at 115.5, and the fight is still on and still a strawweight bout.

It’s quite surprising that the odds didn’t shift at least a tad in Waterson’s favor, especially considering her opponent was having issues making the agreed upon weight. How do you see this fight playing out? You only have a few more hours to place your bets before it’s too late!