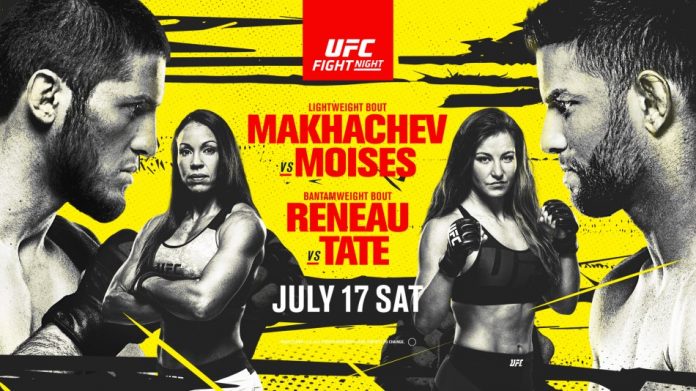 UFC Vegas 31 went down on Saturday night at the UFC APEX in Las Vegas, Nevada. In the main event, Islam Makhachev made it eight straight wins against Thiago Moises when he sunk in a rear naked choke in the fourth round.

In the co-main event, Miesha Tate returned after almost five years away from the Octagon to earn a third round TKO victory over Marion Reneau, who was competing in the final fight of her career.

Aljamain Sterling Sees O’Malley Fighting For The Title With Win Over...

Tyron Woodley Explains Why Khabib Isn’t A Top-10 Fighter Of All...