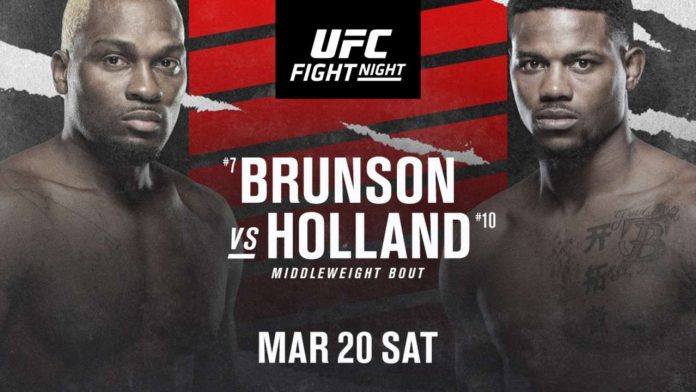 UFC Vegas 22 went down on Saturday night at the APEX Center. In the main event, Derek Brunson beat a very chatty Kevin Holland in a one-sided unanimous decision.

Max Griffin scored a quick-fire knockout of Song Kenan in the evening’s co-main event. Elsewhere on the main card, Montserrat ‘Conejo’ Ruiz earned a hard fought unanimous decision win over Cheyanne Buys in what was both their promotional debuts, Adrian Yanez scored an impressive third round TKO win over Gustavo Lopez, and Tai Tuivasa needed less than one minute to knockout promotional newcomer, Harry Hunsucker.

Gregor Gillespie vs. Brad Riddell – Cancelled due to COVID protocols