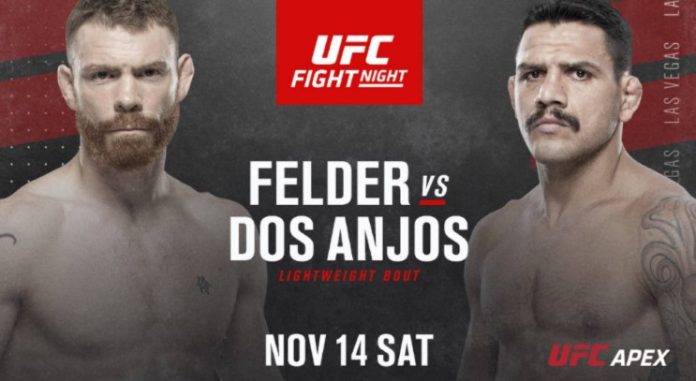 UFC Vegas 14 went down on Saturday night at the UFC APEX in Las Vegas, Nevada. In the main event, Paul Felder put on a brave and warrior like performance after accepting the fight on five days notice. However, it was Rafael dos Anjos, who was returning to lightweight after four years at welterweight, who earned the victory, winning by split decision.

In the co-main event, ‘Khaos’ Williams only needed 30 seconds to knockout his welterweight opponent, Abdul Razak Alhassan. Elsewhere on the main card, Ashley Yoder earned a unanimous decision win over Miranda Granger, Cory McKenna beat Kay Hansen in the battle of the two 21 year olds, and Sean Strickland won his second fight in two weeks by finishing Brendan Allen in the second round.