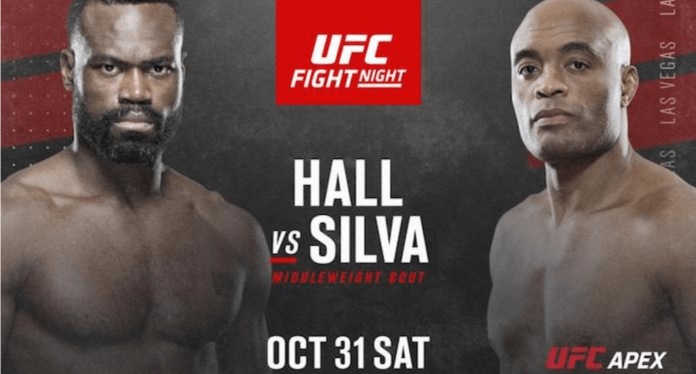 UFC Vegas 12 went down on Saturday night at the APEX Center in Nevada. In the main event, in what was likely his last fight inside the Octagon, former middleweight champion Anderson Silva was finished in the fourth round by Uriah Hall.

Bryce Mitchell extended his unbeaten professional record to 14-0 in the co-main event, earning a unanimous decision win over Andre Fili. Elsewhere on the UFC Vegas 12 card, Greg Hardy scored a second round TKO win over Maurice Greene, and Kevin Holland won his fourth fight this year by beating Charlie Ontiveros in the first round.