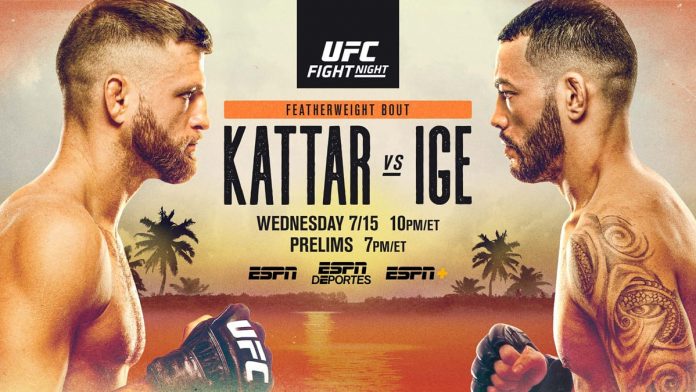 UFC Fight Island 1 went down on Wednesday night on Yas Island, Abu Dhabi. Following UFC 251 this past weekend, the main event of the second of four cards on Fight Island in July, saw a top ten featherweight clash between Calvin Kattar and Dan Ige in the main event.

And after five rounds of non-stop action, it was Kattar who had his hand raised, winning via unanimous decision. In the UFC Fight Island 1 co-main event, Tim Elliott won a razor close unanimous decision against Ryan Benoit in a flyweight fight which could have gone either way on the judges’ scorecards.