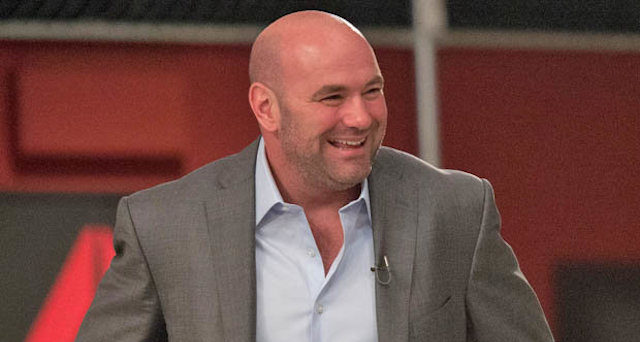 Speaking to ESPN‘s Brett Okamoto, Dana White announced that the UFC will put on four events in two weeks at the VyStar Veterans Memorial Arena in Jacksonville, Florida. Following UFC 249 on May 9th, the UFC will also hold events on May 13th, 16th and 23rd.

With Khabib Nurmagomedov out of action until at least August because of Ramadan, Tony Ferguson and Justin Gaethje will fight for the UFC interim lightweight title at UFC 249. The winner of course will face Khabib later in the year.

“Ferguson vs Gaethje will be one of the most violent fights you’ll ever see, I can guarantee that,” Dana stated. “They’re two of the best in the world, and the winner will fight Khabib for the title. Khabib will be back in September/October.”

After telling Dana to postpone UFC 249 on April 18th, ESPN are now fully behind the UFC president and released the following statement:

“Sports play an important role in people’s lives and can bring moments of escape in challenging times. We look forward to bringing UFC to fans again.”

The Jacksonville Mayor Lenny Curry, also made the following statement, in support of the upcoming UFC events in his city:

“As we move step-by-step on the path toward economic recovery, we are proud to host these UFC events. The UFC organisation is a renowned entertainment brand that’s presented a safe and sensible plan to use this Jacksonville location, and we are thrilled to have our city highlighted nationally on ESPN and ESPN+.”

Dana also revealed that his Fight Island should be ready to hold international fight cards by June.

“Fight Island should be up and running in June. So I should be able to start running international events in June. From May 9th to May 23th, we’ll knock out four shows. And then in June we can start international stuff on the island.

With all events expected to continue at VyStar Veterans Memorial Arena, at the UFC APEX in Las Vegas and on Dana’s Fight Island, the UFC boss says he’s in no rush to bring the fans back.

“I’m not in a big hurry to get fans back in the arena. I know we can do this thing safely with no fans.”

It has also been reported that Joe Rogan, Jon Anik and Daniel Cormier will be the commentators at UFC 249.

The UFC 249 card now looks like this, with two title fights.

Ariel Helwani has also reported that light heavyweight contender Ovince Saint Preux, is set to move up to heavyweight to fight Ben Rothwell on May 13th.