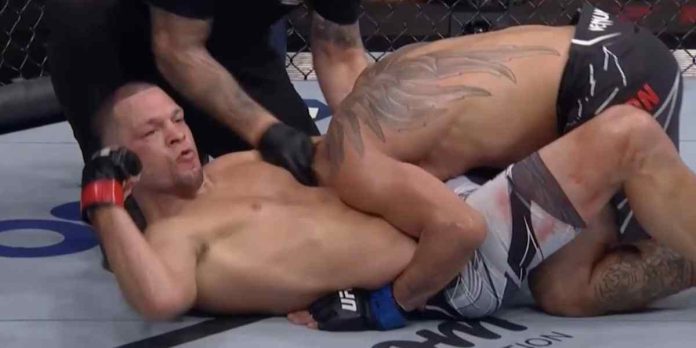 UFC 279 went down on Saturday night at the T-Mobile Arena in Las Vegas. In the main event, Nate Diaz submitted Tony Ferguson in the fourth round to cap off an illustrious UFC career. The fight was the Stockton native’s final one on his current deal, and during the post-fight Octagon interview, he said that he would like to take a break from the promotion to pursue other opportunities before making his comeback. He said that he still has his eye on the UFC welterweight title.

In the co-main event, Khamzat Chimaev had the last laugh after a terrible fight week as he continued his winning ways with a first round submission victory over Kevin Holland. Chimaev wasted absolutely no time and took Holland down as soon as the bell rang. The American showed a bit of resilience in the opening seconds, but the Chechen-Swede was a task too much for him on the night.

Elsewhere on the UFC 279 main card, Daniel Rodriguez improved to four wins in a row by scoring a split decision win over Li Jingliang, Irene Aldana scored a second consecutive win by knocking out Macy Chiasson in the third round and Johnny Walker returned to winning ways by submitting Ion Cutelaba in the first round. 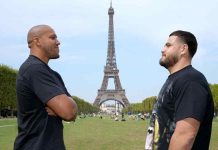