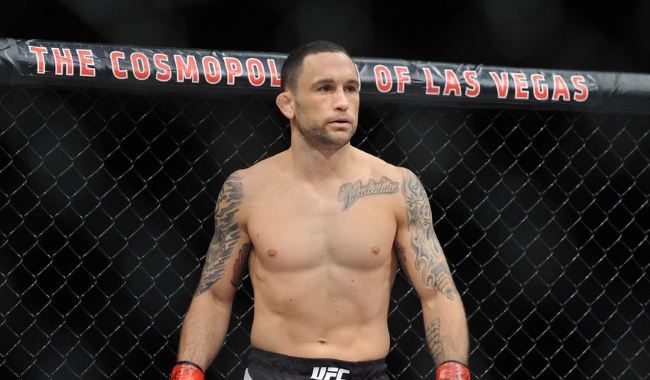 Frankie Edgar suffered a brutal knockout loss at the hands of Cory Sandhagen at UFC Vegas 18 last weekend, but he doesn’t remember much about what happened on the night.

In the co-main event at UFC Vegas 18, Sandhagen secured a statement win over Edgar by knocking him out cold with a flying knee only 28 seconds into the fight. So severe was the knockout, it took ‘The Answer’ over 30 minutes to finally remember what had happened.

Speaking to ESPN (as transcribed by BJPenn.com), Edgar said that the first thing he remembers is sitting with the doctors and his coaches in his locker room.

“I didn’t really come to until I was in the back,” Edgar said. “That is the first thing I remember. I’m sitting around the doctors going through that whole process with them, Mark and Ricardo are next to me and I’m like, ‘Mark, what happened?’ He’s like ‘You fought,’ and I kind of figured that.

Regaining His Memory In The Ambulance

Edgar remembers that after he failed to recall anything, the doctors transported him to the hospital for examinations. The 39 year old finally started to get his memory back while he was in the ambulance.

“Man, I just couldn’t wrap it around my head,” Edgar recalled. “The doctor asked me what day it was and for the life of me, I could not remember. I was like, ‘September, December.’ That is when they said I needed to go get a CAT scan,”

“Alright, whatever, we go to the hospital, and then on the way to the hospital the nurse in the ambulance said ‘What day of February is it?’ I was like boom, ‘It’s the 6th.’ Right away that is when things started snowballing and I started to remember the warmup and even the first 20 seconds before getting hit with the knee. Everything came back to me but I don’t remember walking out of the cage though.”

Despite the devastating loss, Edgar isn’t planning on retiring from the sport anytime soon, and is looking forward to his next visit to the Octagon.

Who do you think Frankie Edgar should fight next?