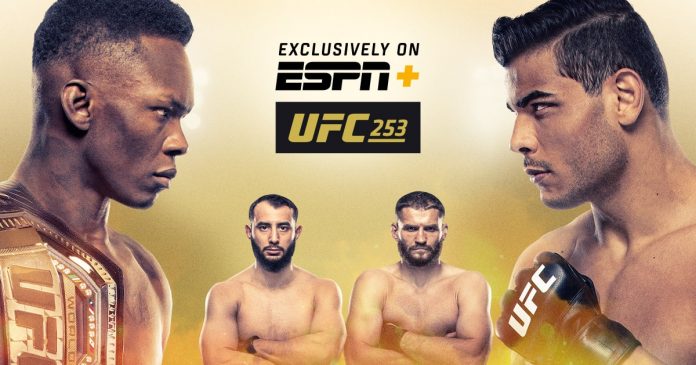 UFC 253 went down on Saturday night on Fight Island, on Yas Island in Abu Dhabi. In the main event, Israel Adesanya put on a clinic, stopping Paulo Costa in the second round to defend his middleweight title.

The co-main event saw a new light heavyweight champion crowned, as Jan Blachowicz finished Dominick Reyes in the second round. Elsewhere on the UFC 253 main card, Brandon Royval submitted Kai Kara-France early in the second round after an incredible first back-and-forth first round.