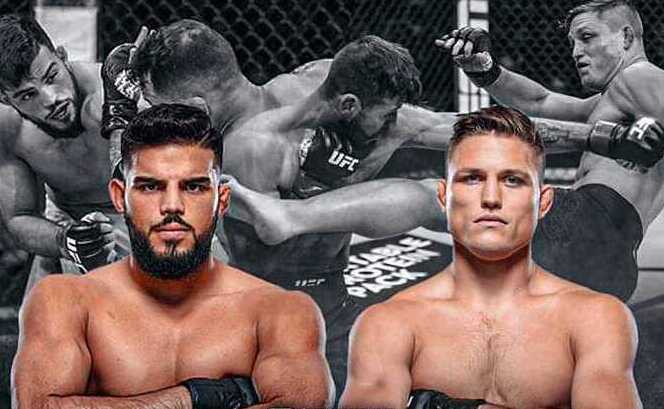 We have an incredible ESPN opener this weekend in Las Vegas, Nevada, for UFC 246, as dangerous lightweight strikers Nasrat Haqparast and Drew Dober slug it out for a potential top fifteen spot in the UFC rankings. Both of these men have had a good amount of success inside the UFC; Haqparast lost his UFC debut, and has gone 3-0 since, while Dober has gone 7-5 (1 NC) inside the promotion, 4-1 in his last five.

The odds for this bout have Haqparast as a relatively heavy favorite, with himself at -330 and Dober at +260. This means you would need to bet $330 on Haqparast to win $100 with a win, and you’d need to bet $100 on Dober to win $260 with a win. This makes Dober a 3-1 underdog, and considering how dangerous he is, it should probably be a little closer.

This is almost a striking fans dream bout; both men have serious power, and both are very skilled on the feet. Dober is a two-time amateur muay thai world champion, and Haqparast out-struck his second and third UFC opponents 250-145. This includes out-striking Marc Diakiese 102-50, which is incredibly impressive given the striking talent of Diakiese, and of course he out-struck his last opponent before knocking him unconscious.

This is a tough one to pick. Both lightweights have power, both are very developed on the feet, and it’s doubtful this fight plays out much, if at all on the ground. Dober most likely has the power advantage, while Haqparast is just a little more slick and precise.

This is a great preliminary card opener between two very entertaining lightweights. Who will you be betting on?