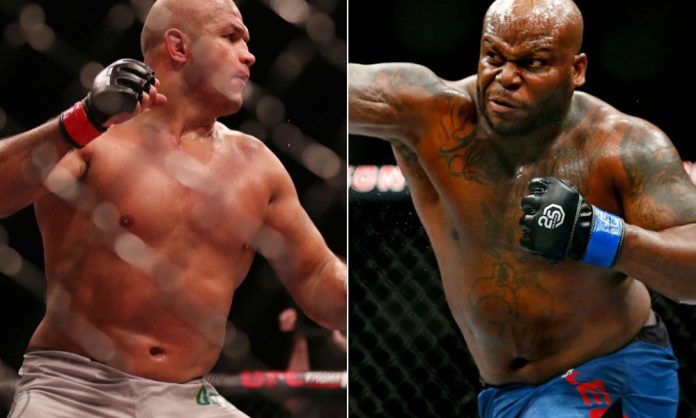 The UFC is coming back down to earth after the gargantuan fight card on display at UFC 235. UFC Fight Night 146: Lewis vs. Dos Santos, on Saturday March 9, from the Intrust Bank Arena in Wichita, Kansas, doesn’t feature quite as distinguished of names as UFC 235 did, nor do we have any title defenses. However, the main card is packed with well-balanced matchups and an absolute monster of a main event. Let’s take a closer look at the main card and betting odds, and I’ll give my predictions as to how I see the fights going down.

In the first fight on the main card of UFC Fight Night 146, Middleweights Tim Boetsch and Omari Akhmedov are set to clash. Akhmedov hasn’t lost a fight since the first half of 2016, and while Boetsch has the Octagon experience, he has lost eight out of his last thirteen. I see this one ending quickly and Boetsch adding another to the L column.

In the second matchup on the main card, we have a Lightweight bout between Beneil Dariush and Drew Dober. Dober has won five of his last six, and since the first half of 2017 Dariush has won only one of his last four. Both men enter the fight coming fresh off of a victory, however I see the underdog Dober continuing his upward momentum in this one and getting the nod from the judges.

Blagoy Ivanov and Ben Rothwell will collide in the first of two Heavyweight fights scheduled for the main card of UFC Fight Night 146. Both men are entering the fight fresh off of a loss, however they’d both been previously trending in the right direction; Ivanov is 5-1 in his last six, and Rothwell is 4-1 in his last five. I think that Ivanov rebounds from his decision loss to Junior dos Santos, and Ivanov’s sambo and grappling prowess prove too much for Rothwell.

In the second upset that I’m predicting on the main card, I’ve got Niko Price getting the win over Tim Means. Both of these Welterweights need to seize this opportunity to get their career trajectories back on the winning track, with Means losing two out of his last three and Price falling two out of his last four. Tim Means enters the betting favorite, however I see the younger Niko Price grinding this one out and getting the decision over Means.

In our co-main event of the evening, we return to the Welterweight division for Elizeu Zaleski dos Santos vs. Curtis Millender. Both fighters have been on a tear, having won ten out of their last eleven, with Millender’s streak going back to 2015 and dos Santos’ dating back to 2013. While Vegas currently sees this as a pick’em, I’ve got the Brazilian getting the edge on a decision.

In the main event of UFC Fight Night 146, two heavyweight titans will tussle in Junior dos Santos vs. Derrick Lewis. Lewis is coming off of a loss to Heavyweight champion Daniel Cormier, and dos Santos is entering the fight after a statement win over up-and-comer Tai Tuivasa. Even though dos Santos has just strung together his first set of back-to-back wins since 2012, I think that the one-sided Derrick Lewis will face problems against the more well-rounded dos Santos, and I’m going with the favorite.

Safest pick of the night: This one is going to be tough, as this is an extraordinarily well-matched card. However, I’m taking Akhmedov over Boetsch as the safest pick here.

Best chance for an upset: Drew Dober over Beneil Dariush