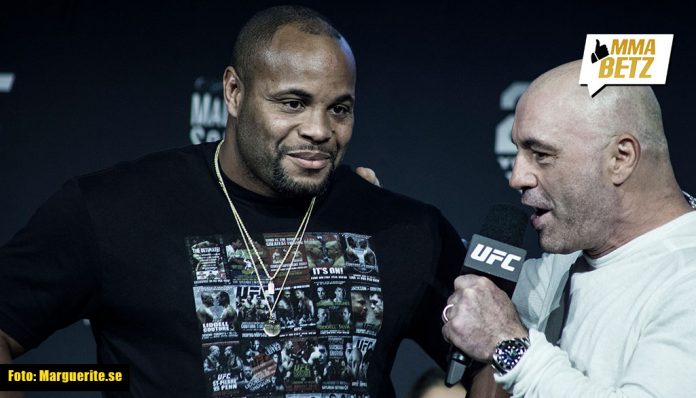 Daniel Cormier is set to fight Stipe Miocic at UFC 252 this weekend in which he will try to capture the UFC heavyweight title for the second time. But win, lose or draw, DC insists that the trilogy bout will be the last fight of his MMA career.

Speaking on UFC 252 Embedded (as transcribed by BJPenn.com), Cormier expressed his confidence ahead of this weekend’s main event.

“The last fight was a good fight,” Cormier said. “I started well and he made adjustments and got the victory. But, by no means do I look at that fight and think there are areas I can’t fix.

“I plan to use more of my wrestling, I’ve worked a lifetime to acquire these skills, and I kind of went away from that fight. Does that mean I am going to eliminate or avoid striking? No way. That was a very competitive fight.”

Using All His Tools

The small 25-foot Octagon at UFC APEX should aid DC with his wrestling oriented attack, although he plans to use all of his tools in order to get his hand raised.

“So, by no means can I not stand and fight Stipe Miocic for 25 minutes,” he said. “The smarter way to get my hand raised is to use all my tools. I expect a very tough, I expect Stipe to be in great shape.

“I expect him to believe that he is going to go out and win,” Cormier continued. “The reality is I am going to smash him. I’m going to win this fight, I’m going to do my thing like I’ve done so many times and get my hand raised.”

This fight is immensely significant for the former two-division UFC champion, as both he and Dana White believe that the winner should be considered the heavyweight GOAT.

Who do you think walks away the UFC heavyweight champion at UFC 252, Daniel Cormier or Stipe Miocic?