Ex-UFC star Sage Northcutt left the organisation on the three-fight winning streak and signed with ONE Championship in late 2018. The 24 year old’s promotional debut didn’t go as well as he would have hoped however, as he was brutally knocked out by the experienced Cosmo Alexandre, at ONE: Enter the Dragon one year ago.

Northcutt suffered multiple facial fractures in that bout, which required a nine-hour surgery and is still awaiting doctor’s clearance to begin training again. ‘Super’ Sage told MMA Fighting that he doesn’t have a return date yet, but he hopes the coronavirus situation will be resolved soon, so he can get back on track.

“I haven’t been given a timeline, and right now that doesn’t matter anyway, because there’s not even any gyms to train at because of all the COVID-19 stuff. I guess once that gets taken care of I can focus on that. I sure hope all this stuff clears up soon so that everybody can get back to training.”

This decision brings about the question of whether he can make weight with ONE’s weight cutting system, which also comprises of hydration tests. In the UFC, athletes are advised to cut no more than 10% of their body weight. Although fighters regularly cut significantly more. Despite the concerns, Northcutt believes making 155lbs won’t be a problem.

“For ONE Championship, with the rule of hydration tests and stuff, and people not trying to cut the weight like that, I’m just gonna be walking around at my natural weight, dieting as I always do and eating clean and training harder than ever, so when it’s time for me to be able to fight, it should be pretty great because I walk around lean all the time,” he explained.

Speaking on The MMA Hour after Northcutt’s loss to Alexandre, Team Alpha Male head coach Urijah Faber, who was preparing him for the match, expressed a strong scepticism towards ONE’s weight-cutting restrictions.

“Sage is such a faith-based guy and takes things as they’re said. Of course, everybody’s cutting weight,” Faber said. “I was kind of trying to wrap my head around the thing, and you have to do a hydration test and they weigh you in a couple of days in a row, so it makes it really difficult. But I talked to multiple guys there that were cutting weight, and it is what it is.

“That wasn’t the main problem there. Cosmo’s an incredible fighter, seasoned Muay Thai kickboxer, 7-1 as a mixed martial artist. [He] just came across the ring and landed a nasty punch and ended it for Sage there.”

Nonetheless, Northcutt didn’t make any accusations, but rather took the responsibility on himself for stepping up to 185lbs, which he now sees as a major mistake.

“If you look back at all my fights, the most dominant I’ve been is at 155 pounds. Undefeated at that weight class, and several of my fights I was still in school when I was doing it too. Now I have more of a skill set, that’ll be a better weight class for me. I’ll be faster, quicker, whatever goes on. It will be much more dominant for me at that weight class.”

Who would you like to see Sage Northcutt face in ONE Championship’s featherweight division? 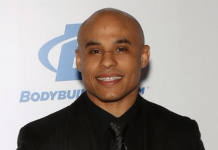 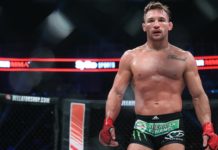 How would Michael Chandler fare in the UFC?