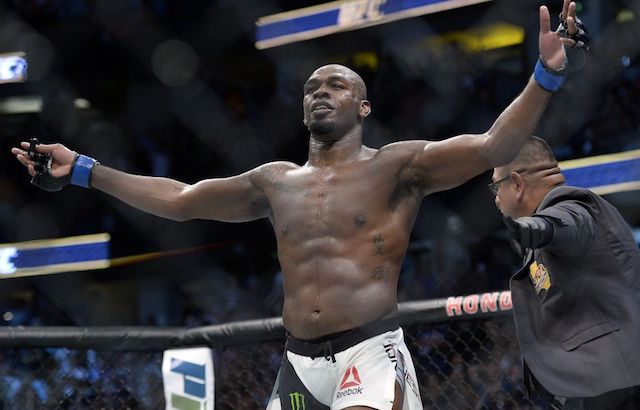 With Wednesday’s news that Jon Jones will be eligible to return to the UFC on October 28th, following a backdated 15 month suspension, Daniel Cormier made it clear that he’s moving on from Jones.

Daniel Cormier was asked to comment on the Jones news on UFC Tonight. He didn’t want to say much (“I have bosses in the back and I’m talking about this guy because I have to.), but I thought this was his most telling quote: pic.twitter.com/Br8vdVKPn8

I told Dana White the obvious assumption everyone is making is Jon Jones will headline MSG on 11/3. He replied, “not true.”

Also in Jon Jones's arbitration ruling, he's always maintained he has not used PEDs, but did admit to illicit drug use, including cocaine, "prior to and for a period after" UFC 214. Entered full-time rehab during the time since. Wish him the best in regards to that, of course.

Here's the cliff's notes version of the decision behind Jones's suspension:

-SMRTL test determined sample had concentration of 20-80 picograms/milliliter. Picogram = one trillionth of a gram. Oral Turinabol or short/medium term metabolites of it were found in the sample