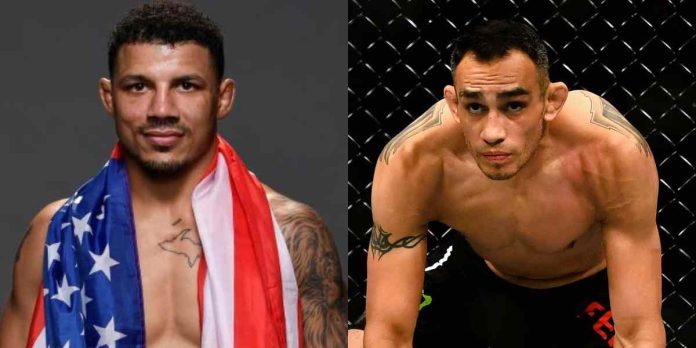 Klose improved to two wins in a row with a win over Garcia this past weekend at UFC 277, and wants to fight Ferguson next, who is currently riding a four fight losing streak, with his most recent loss coming at the hands of Michael Chandler by a brutal front kick knockout at UFC 274.

There are a couple of reasons why Klose wants to fight Ferguson. Firstly, he wants to test himself against the best fighters in the world, and secondly, he has beef with ‘El Cucuy’.

During the UFC 277 post-fight press conference (as transcribed by MMA Junkie), Klose explained why he wants to fight Ferguson.

“I’m not here to fight nobodies,” Klose said. “I want to fight the best. If I just want to go in there and get a paycheck, give me someone off Dana White’s Contender Series, you know what I mean? I want to be known as one of the top guys in this division, and I only can do that if I’m fighting the best guys.

“He is from Michigan, from Muskegon, and a couple of years back after I fought Christos [Giagos] in Anaheim, I seen him at the bar and he was like, ‘Are you the guy with the Michigan tattoo?’”. I’m like, ‘Motherf***er, you know who I am. Don’t try to f***ing play me like that.’ So I want to make sure he remembers my name.”

Who do you think would win a potential fight between Drakkar Klose and Tony Ferguson?