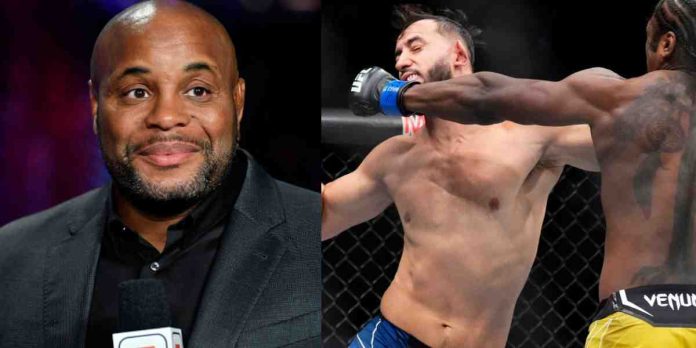 Daniel Cormier has explained why he believes Dominick Reyes should think about retirement after another brutal KO loss.

Since losing a controversial decision to Jon Jones in 2020, things have gone from bad to worse for Reyes. He was stopped in the second round of his vacant light heavyweight title against Jan Blachowicz, before getting brutally knocked out by Jiri Prochazka and most recently losing to Ryan Spann by KO in a little over a minute at UFC 281.

Reyes was in good spirits despite his third consecutive KO loss and promised to make a strong comeback.

“I was hungry to get my hand raised and rushed the fight, I’m OK,” Reyes wrote on Instagram. “I live to fight another day. Another lesson learned. Congrats to [Alex Pereira] what an incredible performance to become the middleweight champion. God is good always. Thank you to my friends and family who support me, to my management [Tiki Ghosn and Julian Gregorio]. And big thank you to [Teixeira MMA and Fitness and Fernely Feliz Sr] for the camp and believing in me.”

Cormier however believes that Reyes should contemplate retiring, he said while speaking on his DC & RC show on ESPN (as transcribed by MMA Junkie).

“Is it time for Dominick Reyes to walk away after what Ryan Spann did to him?” Cormier asked. “Because we got a guy that was super close to becoming the champion against Jones, to now he got knocked out by Jiri who’s the champ, he got knocked out by Jan Blachowicz who was the champ. Now he’s not fighting champions, he lost to a guy in Ryan Spann, who has now won two in a row. Is it time for Dominick Reyes to be done? Dominick Reyes was so close to being the champion. When it starts to turn in the way that it has, it’s time for him to walk away.”