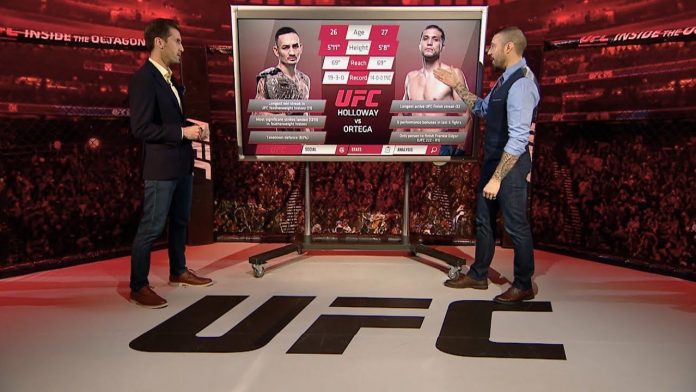 This weekend, featherweight champion Max Holloway will defend his title against the challenger Brian Ortega at the UFC 231 mainevent. This is the second time this match has been booked. They were originally scheduled to meet at UFC 226 that took place this past summer. The fight got cancelled because Holloway pulled out due to injury. The UFC has released a new “Inside the Octagon” episode where we will see the retired UFC fighter Daniel Hardy and John Gooden analyze the weekend’s title match. UFC 231 will take place on December 8th in Toronto, Canada.

See Dan Hardys and John Goodens analyzes and prediction of winners in the video below!