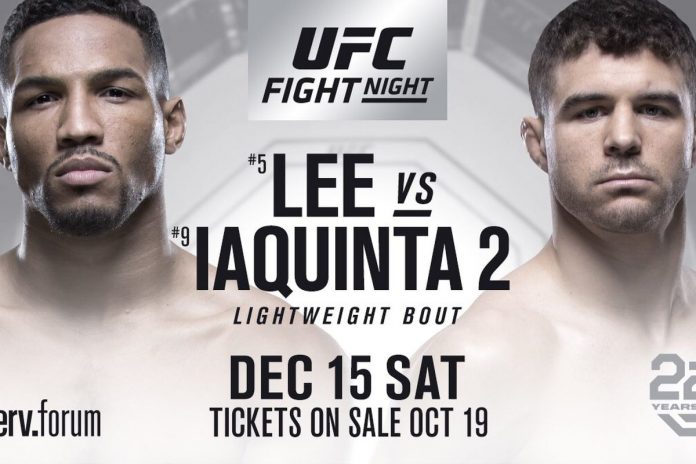 The latest UFC on Fox card is due to take place this coming weekend and will be the final one with the UFC next promoting events with Fox network rival, ESPN. The card is due to be headlined by a Lightweight battle between hot contender, Kevin Lee and veteran, Al Iaquinta.

These two have fought before, four years ago at UFC 169. On that occasion, “Raging Al” was victorious. But since then, however, Iaquinta has had some serious injuries and at one point missed two years of action due to knee surgery and has put a lot of miles on his 31 year old body.

Iaquinta has fought just three times in the past four years and was defeated last time out by current Lightweight Champion, Khabib Nurmagomedov.

Can he bounce back versus Lee? Unlikely. Iaquinta was outmatched and outclassed by Khabib and unfortunately for him, Lee fights a very similar style.

Lee is young, quick and knows how to grind out results with clinch and takedown offence. He is a strong finisher too. The last time he won via Decision was four years ago.

Lee has a suspect chin but in truth Iaquinta is not going to come close to nailing it. You could argue that Lee is above this fight and Iaquinta is now far below him in the pecking order, however Lee would surely love to get a measure of revenge for his past defeat versus Iaquinta.

He will as well. The aggressive finisher will find a way to get the win, most likely via submission. 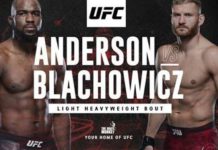 Rumor: The UFC is returning to Sweden in June, wants Alexander Gustafsson vs. Corey...

Is Justin Gaethje really ‘THE’ Nightmare match up for Khabib Nurmagomedov?