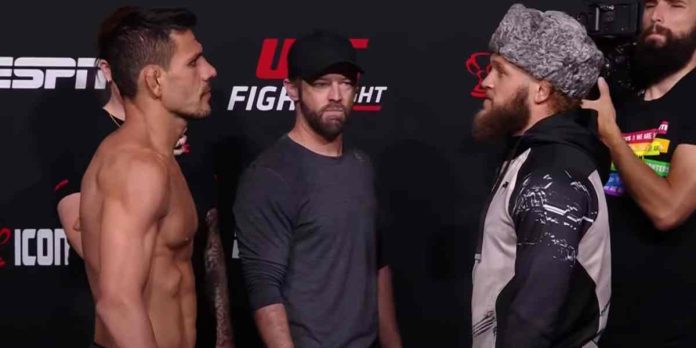 UFC Vegas 58 went down on Saturday night at the UFC APEX in Las Vegas. In the main event, Rafael Fiziev scored the biggest win of his career by stopping former lightweight champion Rafael dos Anjos in the fifth round. In the co-main event, Caio Borralho scored his second straight win in the UFC by scoring a unanimous decision win over Armen Petrosyan.