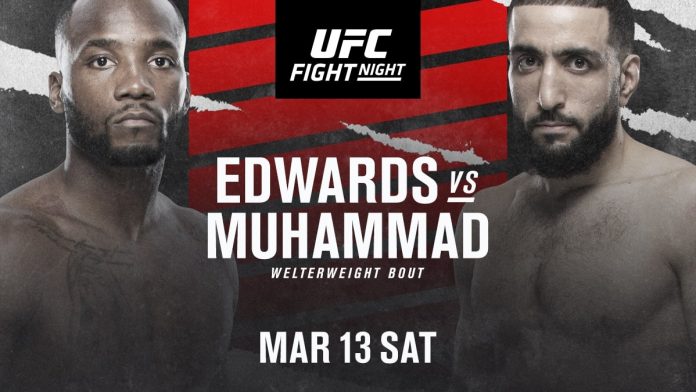 UFC Vegas 21 went down on Saturday night at the UFC APEX in Las Vegas, Nevada. The main event ended in a no contest after Leon Edwards accidentally poked Belal Muhammad in the eye at the start of the second round.

The co-main event only lasted 71 seconds after Ryan Spann TKO’d Misha Cirkunov in their top 15 light heavyweight contest. Elsewhere on the card, Dan Ige scored a spectacular knockout against Gavin Tucker in the first 30 seconds of the very first round, and Davey Grant scored a second round knockout of Jonathan Martinez.

Leon Edwards vs Belal Muhammad – No contest as a result of Muhammad receiving an accidental eye poke in the second round (0:18)

Eryk Anders vs Darren Stewart – No contest as a result of Anders landing an illegal knee in the first round (4:37)