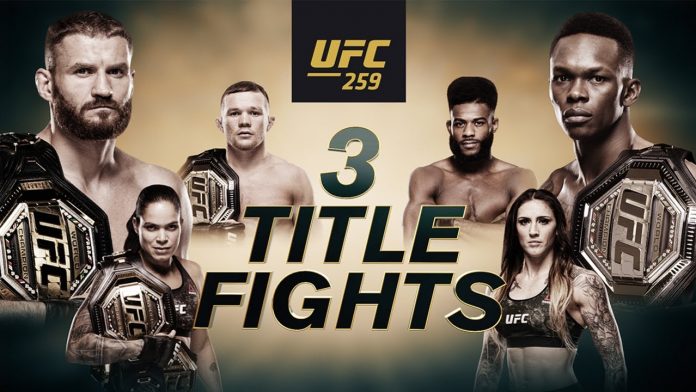 UFC 259 went down on Saturday night at the UFC APEX in Las Vegas. Jan Blachowicz successfully defended his title against Israel Adesanya in the main event. While the first three rounds were very close, the ‘Prince of Cieszyn’ used his wrestling and size advantage in the fourth and fifth rounds to earn the unanimous decision victory.

In the co-main event, Amanda Nunes won her twelfth straight fight to defend her featherweight title against Megan Anderson. The Brazilian only needed two minutes to earn the victory via a slick armbar submission.

In the evening’s third title fight, Aljamain Sterling won the bantamweight title after Petr Yan was disqualified in the fourth round due to an intentional illegal knee.